Following a query raised on the TDF, STEP’s UK Technical Committee has been considering the capital gains tax (CGT) consequences of a deed of variation of a will, in circumstances where the asset that is the subject of the variation has already been disposed of by the original beneficiary. The specific issue raised by the TDF was whether the original beneficiary should be taxed on the disposal of the asset, or whether the CGT deeming provisions relating to deeds of variation have the effect that the donee under the deed of variation should be treated as having disposed of the asset. HMRC has now confirmed its view and amended paragraph CG31600 of its CGT manual. Please see the STEP blog and manual below. 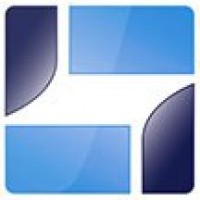 This manual is to help people compute chargeable gains (and allowable losses) for both capital gains tax and corporation tax purposes or check computations. It supplements the basic guidance in the tax return and Help Sheets. It is written primarily...

HMRC’s clarification is welcome although I’m a little surprised at the resolution arrived at as detailed in para 31630 (rather than the 31600 interpretation).

STEP’s release refers to possible claims being made by either the original legatee and/or the new recipient.

Presumably it is expected that the normal time limit for amending a Tax Return need be observed. If so, then it may be that some such claims are now out of time.

There is also it would appear a possible clash between the time to amend a Tax Return and the two year period within which to execute a DoV. In the above EG suppose the DoV had been executed say 10 April 2019 the deadline for amending the 17/18 Tax Return of the recipient beneficiary would have already passed.