Who is liable to pay IHT on the surrender of a life interest?

I would be grateful for some advice.

I’m dealing with a trust where the life tenant of qualifying life interest trust (the trust was set up in 2000) has appointed his life interest to his son. This appointment was done in 2020. My understanding it that this is a CLT for inheritance tax and a form IHT and IHT100a will need to be completed. However, I’m unsure who will be liable for the tax. Is it the trustees or the original life tenant? I note there is a question on the IHT100a asking if the transferor is paying the tax. Does this apply in this situation?

Re the appointment of the life interest to the son, I wonder if the son was the remainderman? If so the son is now entitled to both the income and capital and the father would have made a PET and there would be no ongoing trust.

Who did the Deed of Appointment? They should have advised on the tax position at the time. Many thanks for your reply. The son wasn’t the remainderman. The dad has surrendered his life interest in favour of his son so the property remains in the trust. There doesn’t seem to have been any advice given at the time.

Thanks. As the son is not the remainderman that does complicate things. I think as you say it would be a CLT. As to paying the IHT on Appointment, I presume the Deed of Appointment does not address this as (as the person drafting it does not seem to have considered tax at all). The trustees and remaindermen may object to the tax being paid from the trust at this stage as usually there would not be a liability until the father’s death. That said if the trust is now relevant property, and if it ends on the father’s death (or does it now end on the son’s death?) the IHT payable may be lower than if it was fully chargeable at death rates, but who knows.

Was CGT considered? Was the appointment revocable or irrevocable?

Thanks Sara, unfortunately the deed did not address any tax consequences of the appointment.

Has not an assignment been made by the father of his qualifying life interest in favour of his son?
An assignment gives rise to a deemed (not an actual) termination.

On the assignment the father is treated as making a PET.

The father has reduced his Estate (PET) but has not added anything to the trust (CLT) - as Malcolm notes. the trust property remains unchanged, nothing has left the trust or been added to it, just the beneficiary interests have changed. This may now bring the trust within the relevant property regime such that 10 year anniversary charges etc. will apply from now on, but of itself is not a reportable event.
Maxine

I would have thought that if property ceases to be in a QIIP and becomes subject to the relevant property regime, then the move from QIIP to RP is a CLT. That said I have not researched this, but that would be my initial thought.

I think we are not really clear on what exactly happened as the OP mentioned that The deed refers back to a clause in the original deed which gives the power “to declare a fresh trust”.

Is this now a full life interest for the son, or is it still a life interest that will end on the father’s death? Has Capital Gains tax been considered? If not I think it should be (although I understand it was not referred to in the deed assigning/appointing the life interest to the son).

I think the OP perhaps should seek formal advice on this so that the deeds can be fully reviewed etc. 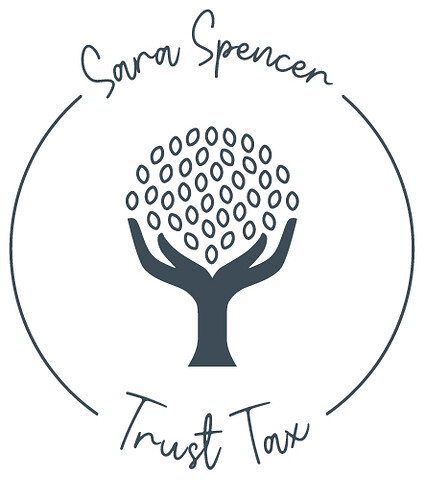 My understanding is that the deed of appointment creates a new life interest trust for the son which will come to an end on his death not his Father’s.

I didn’t think that CGT would be an issue as the assets were remaining in trust.

My understanding is that CGT can arise where for instance the income of a discretionary trust is appointed onto a life interest trust and the appointment is irrevocable. There the assets are on the face of it staying in the trust. If the appointment is revocable then CGT is not a problem. Not exactly the same circumstances as in your matter but similar in that the assets are “staying in the trust”. I do not think it can be ignored. It needs to be cleared off one way or another. If the transfer is a CLT and not a PET (and I am not saying one way or another) then Hold Over relief may be available.

The assets might remain in trust, but is it the same trust?

If the appointment created a “new trust”, then there will be a disposal for CGT purposes.

We do not know whether the QIIP was assigned or terminated by the appointment of a NQIIP by means of exercise of a power. But it seems almost certain that this resulted in the deemed termination of an interest in possession acquired pre-2006. That would have resulted in a transfer of value under s52(1) and the value transferred was the value of the property in which the interest subsisted. As Sara says it is correspondingly almost certain that this was a CLT. Tax at 20% if it exceeds the NRB with the risk of more in default of 7 year survival. It is not a comfortable position to give what may be an unexpected and unwelcome assessment without being totally sure of the factual analysis.

There may or may not have been a deemed disposal for CGT. If there was then, as she says, hold over relief may be available. An assignment with the settlement continuing would not have had that effect. As Paul points out the exercise of a power can cause a deemed disposal (subject to that relief) and sadly, if not desired, can usually be avoided by simple necromancy in the drafting.

In general I am sure we all appreciate brevity in the queries posted here. As a notorious exponent of prolixity even I understand that, despite the contradiction displayed in many of my answers. My client consultations in practice invariably began by reformulating the lay client’s questions and extracting the salient facts (using a machine like an industrial juicer into which the client was transiently inserted, without permanant harm). Most questioners on here are not lay clients though are often non-specialists. It is not a great look for answers to be given that are then followed up by the provision of crucially omitted facts, unless these are elicited by the initial answer. Brevity here can be the enemy of accuracy.

The facts need to be clarified and looked at very carefully in order to get to the bottom of this. Beyond that, one wonders whether those effecting the transaction of the interest made a positive mistake as to the true legal/tax consequences. Might there be grounds to set aside the transaction per Pitt v Holt and Re Futter etc.

Stuart makes a good point and another critical aspect which is often not confided to us is the financial proportionality. This would be vital in pursuing his point. As it would in considering whether any remedy might be available against any adviser. Unpalatable but firmly on my checklist whenever a client instructed me on a regurgitated dog’s breakfast